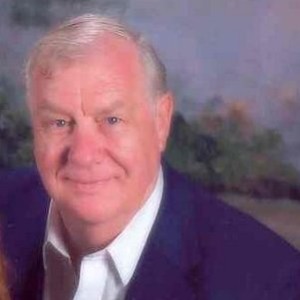 Jim grew up in Western Illinois, three miles from the Mississippi River, the oldest son in a very religious family and farming community. He was the only one in his family of four and the only member of his high school class to graduate from college. He has a B.S. in Industrial Management and an MBA in Finance and Marketing from the University of Illinois.

At a 10 day event at Tony Robbins castle, Jim discovered that his life purpose is:  To provide leadership and guidance to inspire and empower people to create and live a prosperous life.

As a business consultant for over 25 years with Arthur Young & Co. and Towers Perrin, Jim managed the consulting practices of these firms based in Caracas, Venezuela, having moved there from Chicago, Illinois. He has worked on three continents and over 12 countries. He consulted with companies like IBM, Jeep de Venezuela, P&G, and Kraft.

In his successful business consulting career he rose to be a partner/director in these two major international consulting firms. In 1973 he accepted a two-year assignment to Caracas, Venezuela to direct the South American operations of Arthur Young & Co. Little did he know that would be a life changing experience that would entail a 14 year international career stationed in Caracas. There he also met Vanessa, who he calls his English butterfly, who shares these principles of prosperity and world view with him and those she touches. They have been happily married for over 30 years and live in Tarpon Springs.

Upon returning to the US in 1987 he continued working in the international consulting company, responsible for the Spanish market in the southeastern United States and the Caribbean.

He left the consulting sector in 1997 when he purchased a medical clinic and built it to several offices with 3 doctors and a staff of 10 people. He built it up and sold it to a medical group. Having achieved that he moved on to form his own coaching /consulting company. Since then he has never had a traditional job. He has been richly blessed in all areas of his life and wants to make a difference in the lives of others.

Since then he has obtained and applied extensive training in personal and business coaching, communications, referral marketing, strategic business development and planning. He has conducted coach assignments for Mary Kay, Tampa Sales and Marketing Assoc., and Citicorp to name a few with his own firm.

With a commitment to life-long learning he has taken too many courses and read too many books to mention. This learning experience has been primarily focused on personal and self development and then learning methods and ways of coaching and mentoring others to fully actualize their potentials and live an abundant life. In addition to coaching and consulting with small business and professional he has taught a prosperity class face-to-face to over 150 people. He is now developing that class for online distant learning to reach out to more people.

For Jim and Vanessa 1983 produced a very powerful learning experience. They were living in Venezuela at that time, when as a result of a currency devaluation the inflation rate increase to over 60%. (To read more about this see the article – Living and be Prosperous in any Economy.) Despite this turbulence in the economy there were 10 to 15% of the people that were still doing very, very well. The obvious question was how?

From that experience they learned that these people knew and applied the concept of value-for-value exchange. Simply stated these successful people understood what value meant to the people in that economy and those conditions and they figured out how to meet those needs.

Upon returning to the United States they grew increasingly interested in understanding the deeper meaning and value of that experience. Jim was introduced by a friend to several books and programs for creating financial success and overall prosperity regardless of what was happening in the economy. Knowing that this was possible, because of his Venezuelan experience, his passion is to share these ideas and principles with others.

He has applied these principles in his personal life with a degree of success and has shared them in his business consulting and coaching, life and financial coaching, several Master Mind groups, and in the development and conduct of numerous small classes.

He has followed an ambitious program of life-long learning and personal development. Some of the major leaders he has studied with and met are Jean Houston, Deepak Chopra, Brian Tracy and Tony Robbins, to name a few. He and Vanessa have completed the Neuro Linguistic Programming (NPL) coaching program offered by Erickson College in Vancouver B.C. This approach provides for rapid, effective and persuasive change based on the client initiating and making their transformation based on increased insights and expanded resourcefulness.

He serves on the board of his church and several other not-for-profit organizations.

He believes that now is the time to create and be of value, give back and raise our individual and collective prosperity consciousness. Inspired Living has been created to advance that vision and mission.